Today I went on a hike and had a sweet and incredible experience with my girls and the Lord. It was so fitting because I’ve been reading the book of James for the past week which kept reminding me that our faith must have clear evidences in our real lives…. or it isn’t real faith. That usually comes down to a risk of some sort. Like it did for me today.

I went on a hike with my girls on some paths I’ve walked many times. I shared a story with them about how a couple years ago I was on the very same path and the woods looked very brown and bare – just like it looked right now. I explained how I’d heard God whisper to me “I’m still here in all my fullness. Just look.” I began to pluck tiny plants or flowers I saw in a few nice colors, and soon I began to wonder whether God could give me the whole rainbow of colors before I left the trail??

I hesitated to believe that the thought was from Him: the woods at first glance truly were brown and lifeless nearly everywhere I looked. But He was impressing on me to believe: to keep picking up each color in the faith that He could deliver all of them on my short walk. I wanted to believe that He was here – in all his fullness- even when it looked barren around me, but am I nuts? Really, God? Where in the world are orange and purple going to come from?

Well, in a short time I’d collected every color except blue. I couldn’t imagine how He’d deliver blue. Blue! But again I felt Him urging me to risk believing it was Him. To risk being disappointed if it wasn’t. To risk looking around expectantly as if He was really going to do it somehow. I actually said out loud “Ok. I believe you. You’re going to give them all to me. I’m going to find the blue somehow.” I came to the end of the trail a little bummed I still didn’t have blue. I stopped at the end of trail, ready to turn back to the car, and I glanced down.

There they were: a tiny cluster of blue belles at my feet! I burst out laughing and got tears in my eyes. He had delivered the whole rainbow! God was there; in all his fullness — even when it didn’t seem like it at first glance.

So today… I told my girls that story and (of course – duh!) they wanted to do the same. Should have seen that one coming. And again I felt my hesitation. I felt protective of my girls young faith. I wanted to protect them from any kind of disappointment in God. I began to think “well, I don’t want them to feel let down by God. What if it doesn’t happen? I don’t want to challenge God or anything. Maybe we shouldn’t.” But I went ahead sensing again this was a risk I should and could and needed to take on God. I know it doesn’t seem like a big risk, but it was. It was a lot for me to think He’d do it again. Why would I think He’d care about this? Why would he?! But I think in the end, He just wants us to risk the real belief…that He’s there, listening, cares…and He’ll use anything to enter that exchange with us.

So I agreed with them; “Ok let’s look!” And soon enough – you guessed it – we had everything except blue.

We got to the end of the same trail and turned back just as I had a couple years ago. We were disappointed. No blue in sight. And my daughter Zoe said to me “Mom we think it’s over, but I wonder if God thinks it is.” I told her that was a great thought to always hold onto about God: When we are done, He’s usually not.

We neared the parking lot. I was having a silent conversation with God telling him how much I wanted my girls to have easy, daily, childlike faith in little things like this. I wanted them to go on walks with Him the same way I liked to do. I wanted them to ask and think He was right there, listening. And truth be told, I was bummed too. I’d wanted him to show Him presence and voice and sweetness to me, too, in this beautiful little way.

No sooner had my doubts been (silently) voiced to God but my daughter, Hope, yelled “Guys! Look!” I turned around just as she opened her cupped hands to show us a beautiful BLUE butterfly!

Given the time of year, it must have been the only one in the entire woods. She reached up and caught it out of thin air.

Tears sprang to my eyes, and we all realized at once what had happened! God sent us our blue! He just did it in a way we didn’t expect. Different than last time. And just as incredible, just as beautiful.

When, oh when, will I stop being the one to the words of James this week were directed….

But when you ask, you must believe and not doubt, because the one who doubts is like a wave of the sea, blown and tossed by the wind.

I’m glad I decided to risk it. I’m glad God is so patient with me. Real faith sure is easier to read about than do. 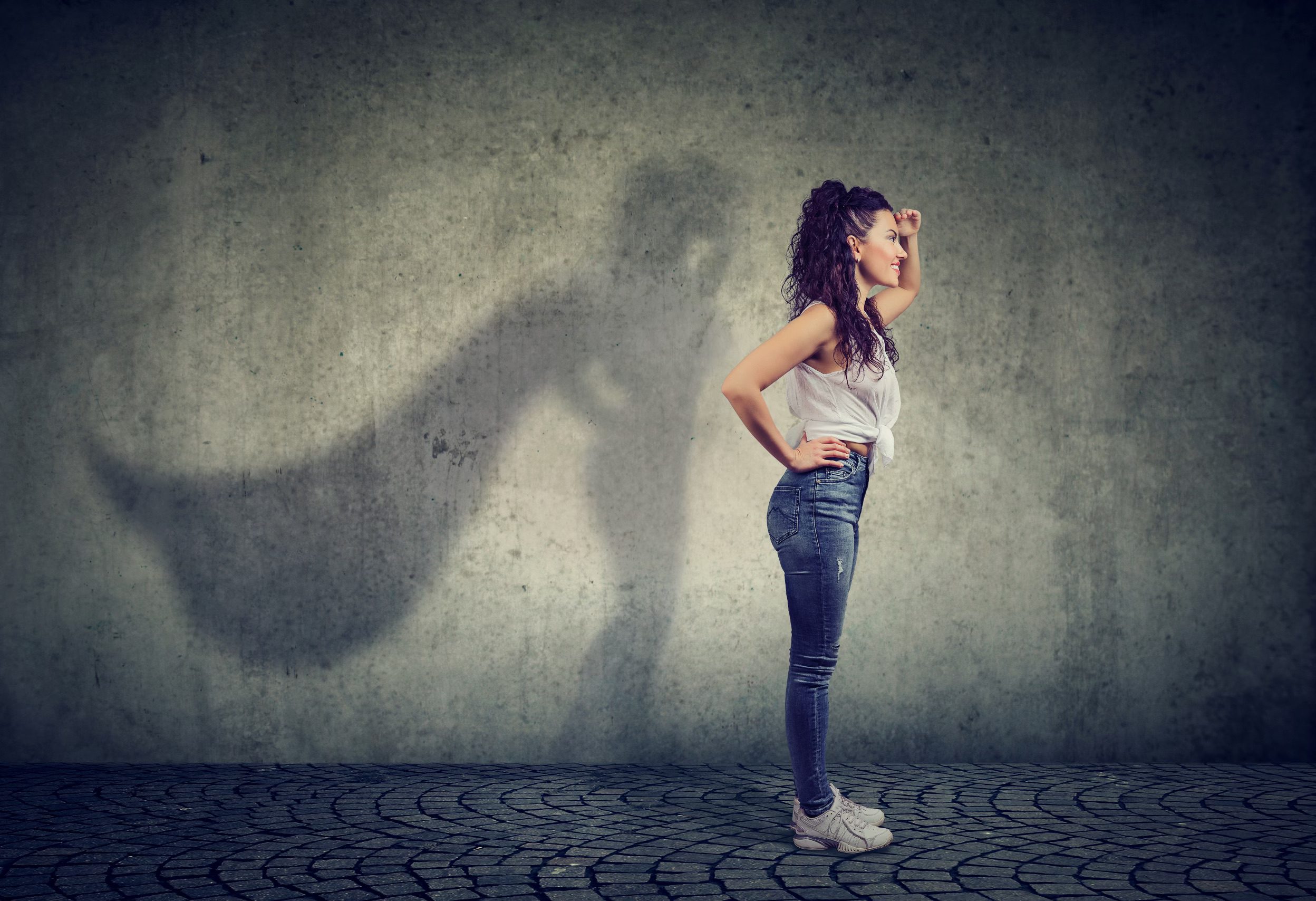 What’s the Superpower of Your Faith?

Abraham, Isaac & Jacob were the great patriarchs of Biblical faith. Their stories are in Genesis, but the Bible frequently … 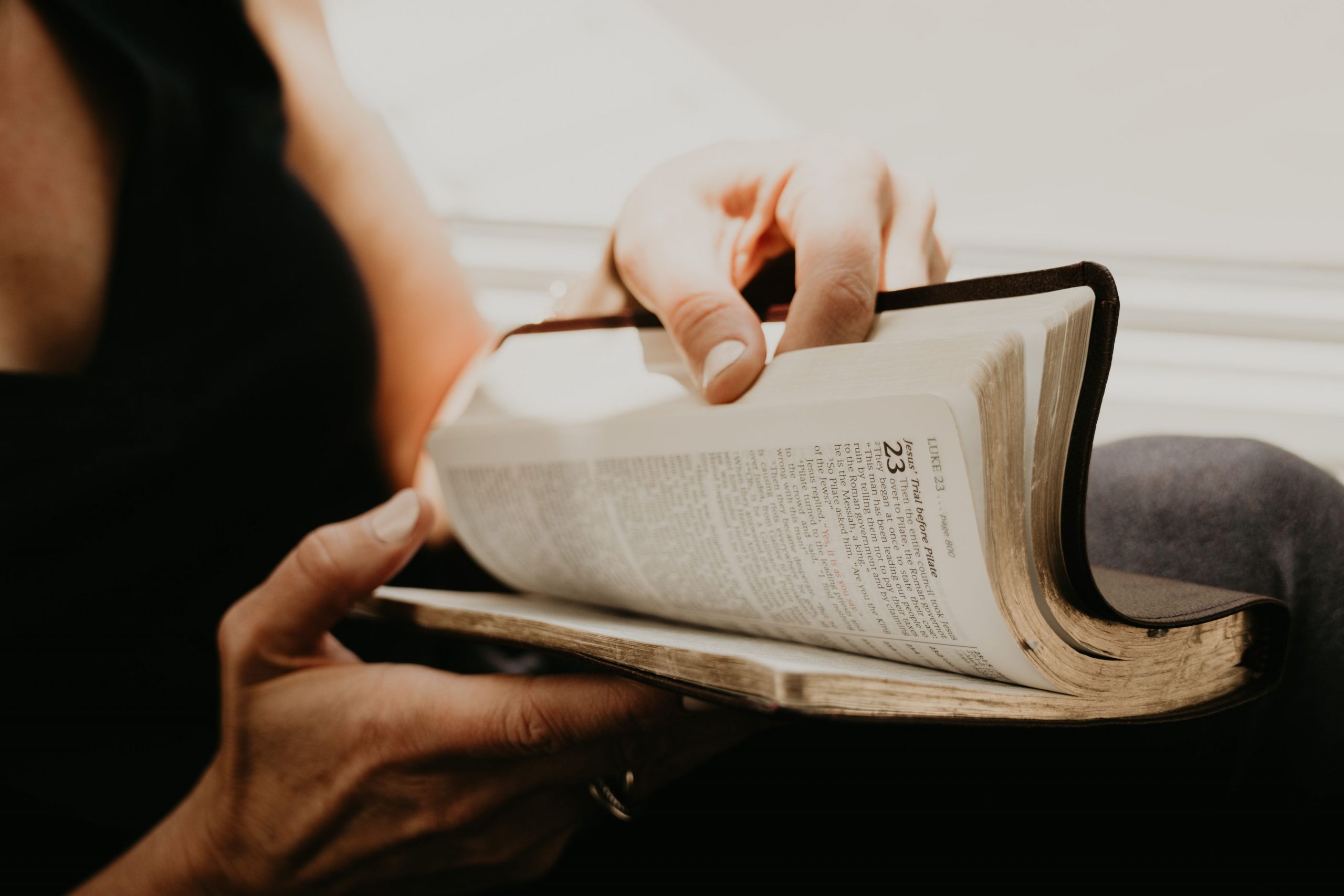 Welcome to the Gospel of John

If you ask someone where to start reading the Bible, they might just tell you the Gospel of John. This book is one of the most popular places to begin considering who Jesus was and how the Bible is a whole story that all points to Him. 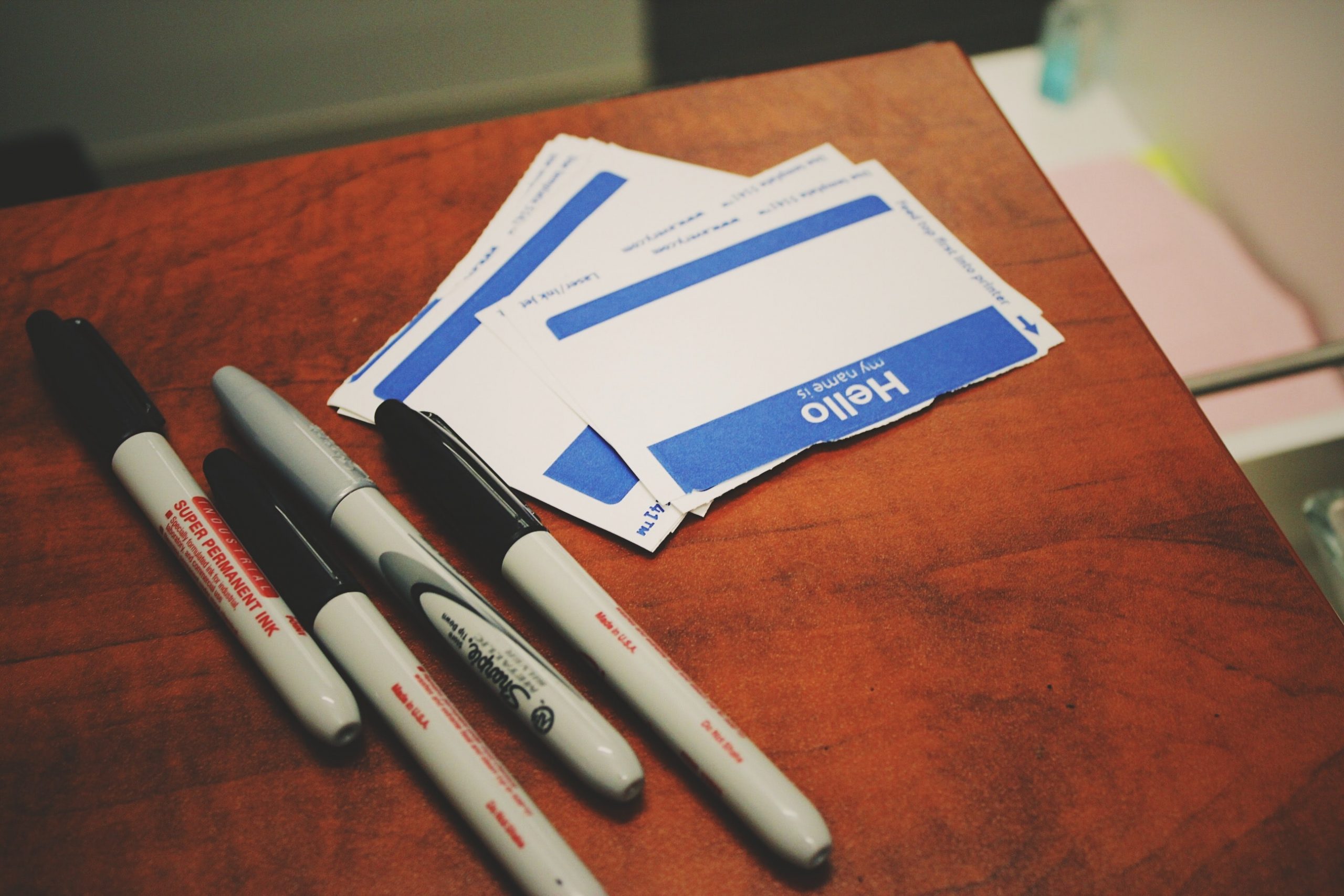 What is God’s Name?

God chose his name as carefully as you chose the name of your kids or your pet. He actually has many names through scripture and none of them are “God.” Meet God again today by his real name. 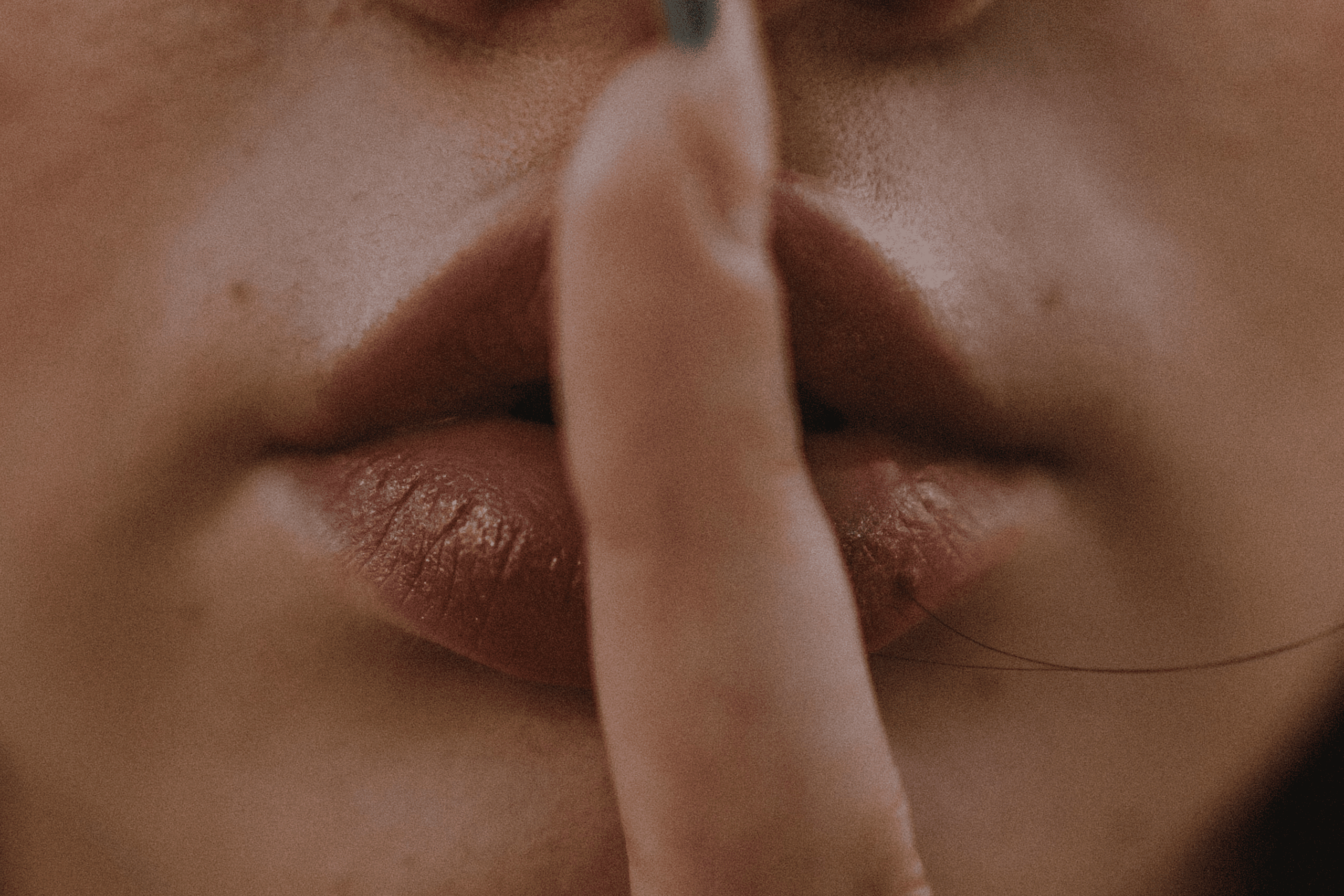 Rahab was a prostitute in the ancient city of Jericho when she encountered the God of Israel. Her story – found in Joshua 2 – will challenge what you think you know about God. 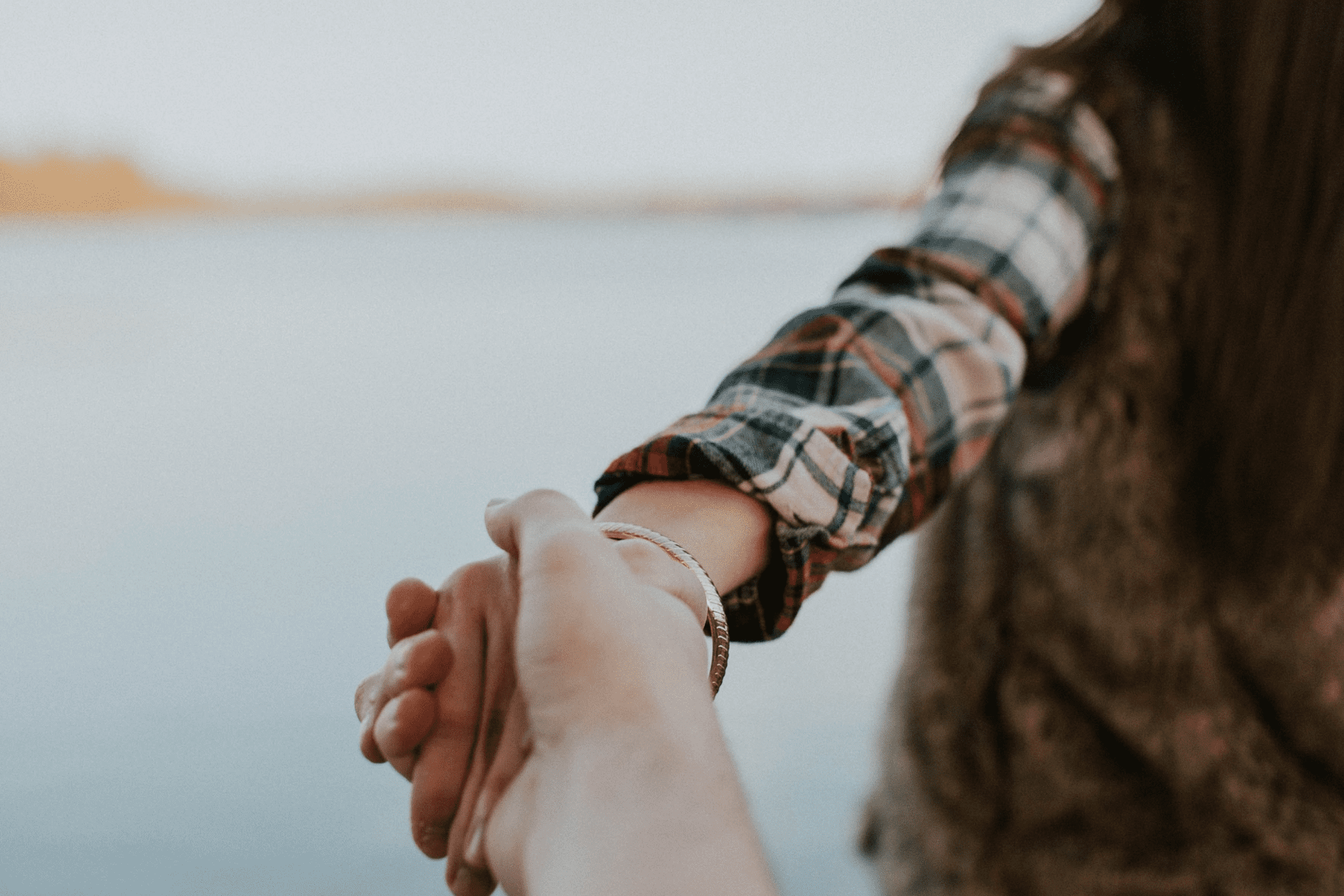 Intimacy is More than Sex

This is an article exploring the six different types of intimacy that Alli believes are in any marriage. Celebrate your unique connection with each other and all that’s available to you with God! 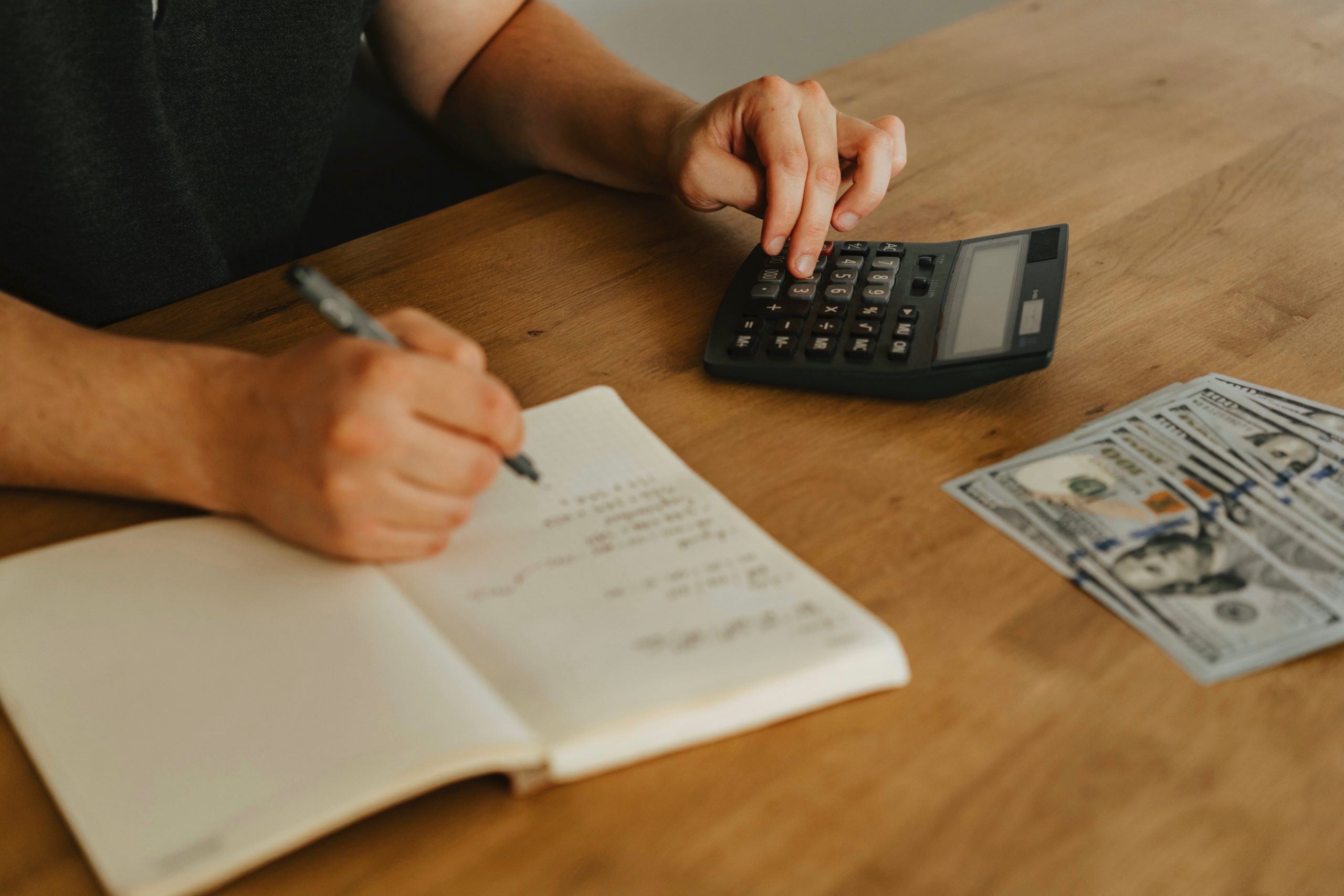 Why Does God Want my Money?

The Bible says that God wants us to give him the first ten percent of the money we earn. For … 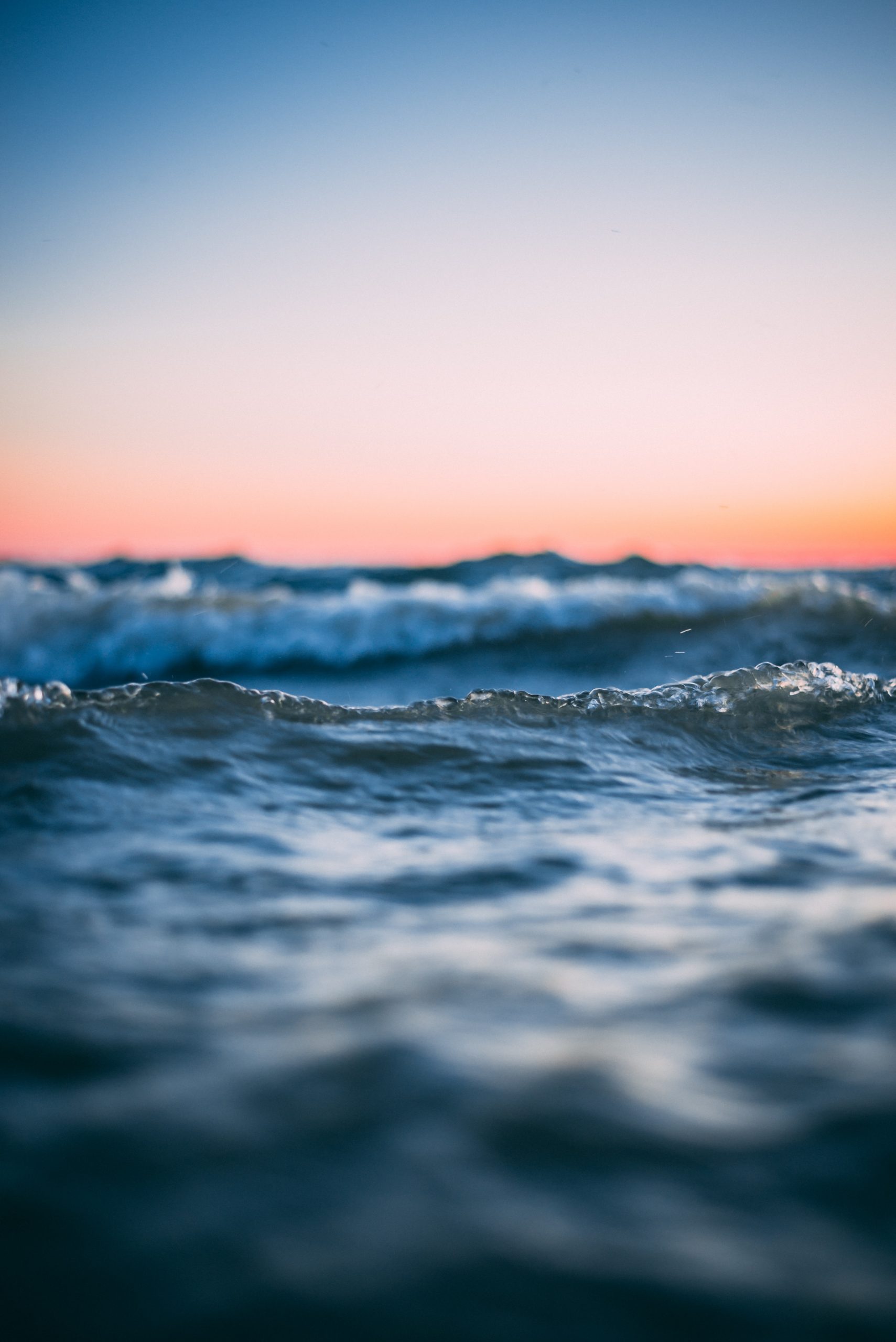 Should I Get Baptized?

If you’re thinking about baptism then here is an article to help you think through what it means and how it will impact your life. Find out if you’re ready! 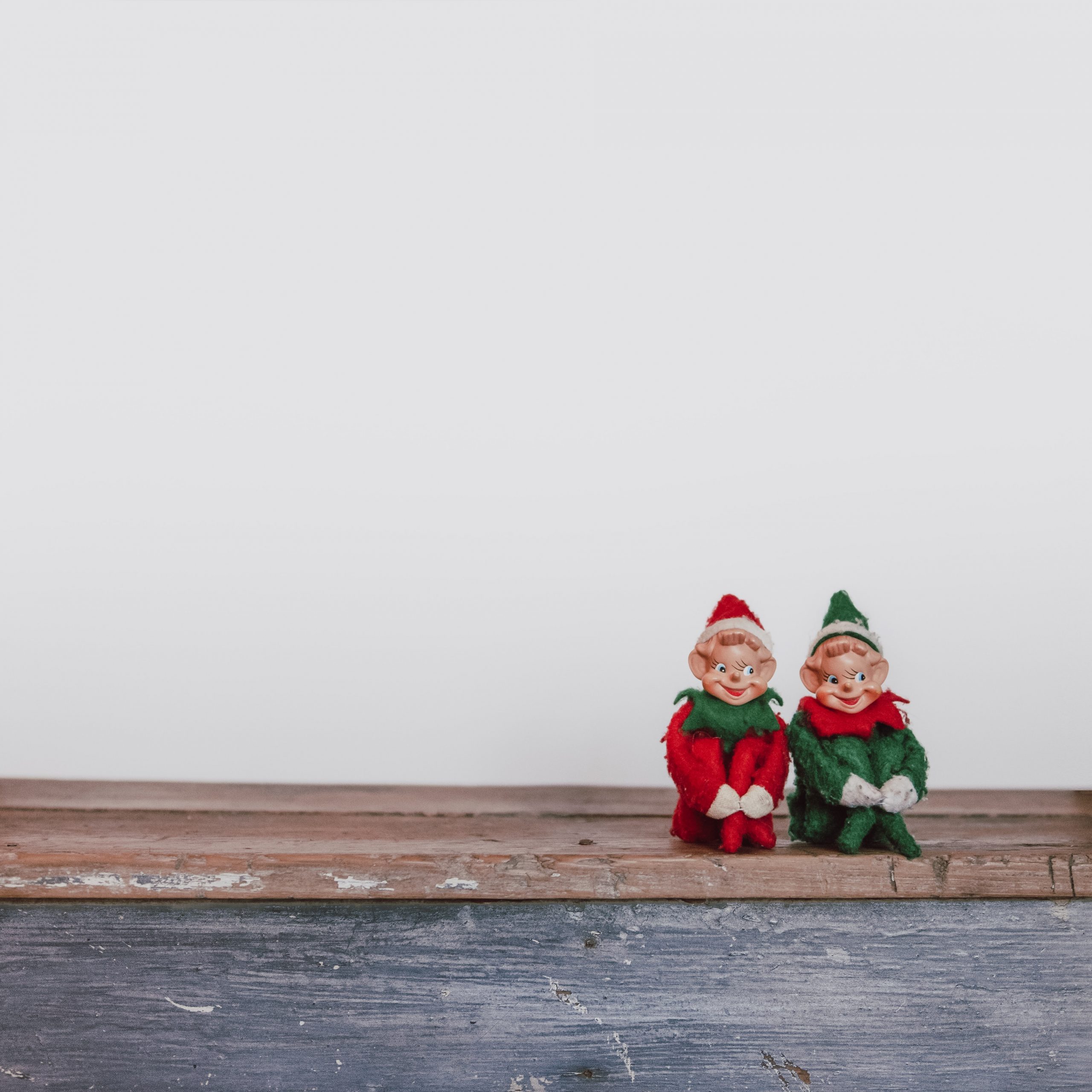 Why There’s no Elf on My Shelf

Christmas traditions are everywhere. A lot of people love Elf on the Shelf, but Alli has never done it. Read her brand new article to find out why not. 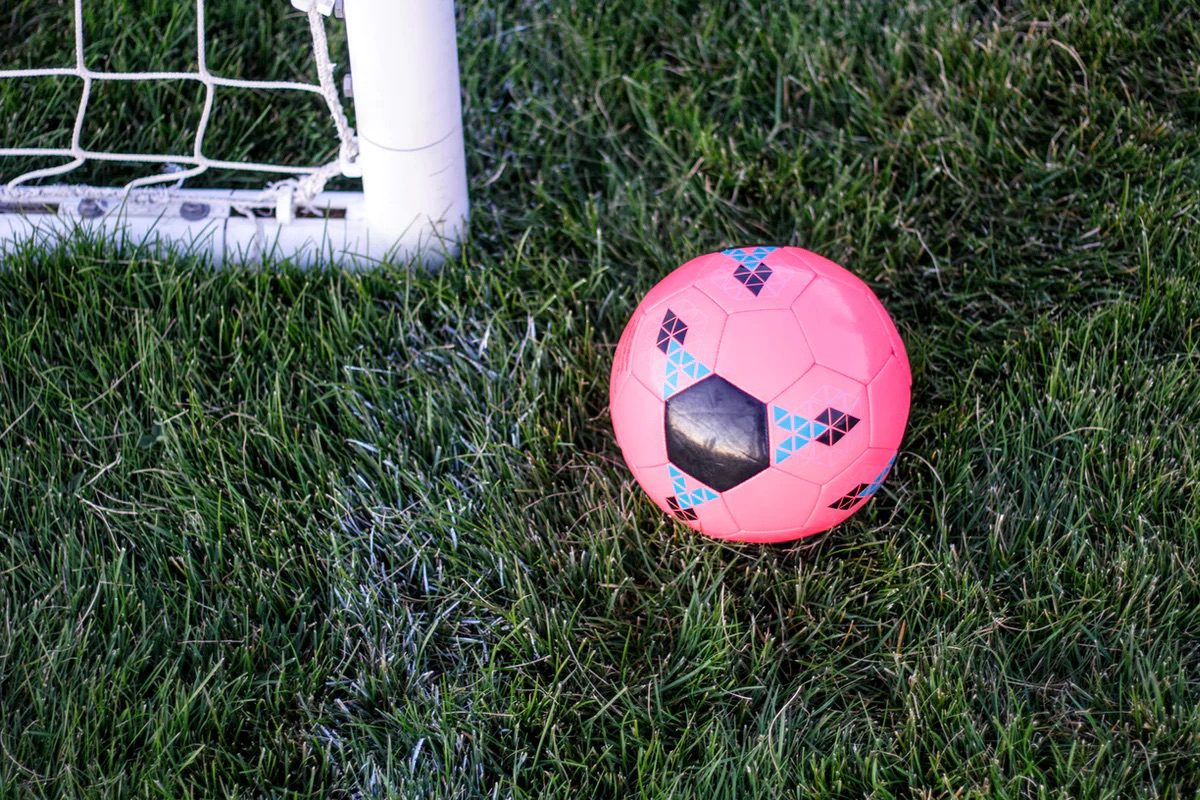 Kid Activities: How To Choose?!

Kids have a million opportunities these days. So, how do you decide what’s best for your kid to do? READ … 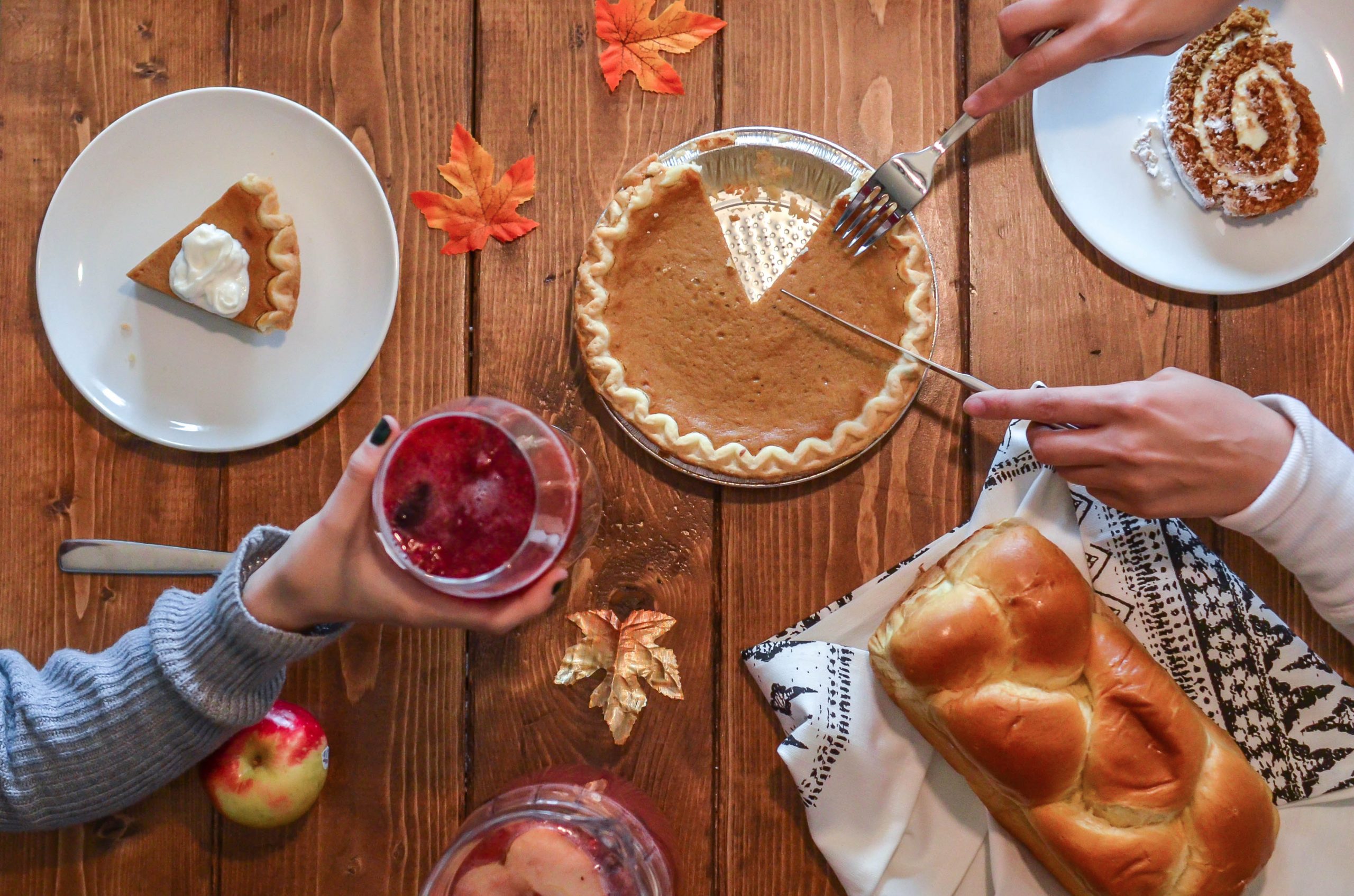 Gratitude to the Rescue

Read Alli’s new article about the power of gratitude. You need this rhythm for your spiritual health and now is the right time! 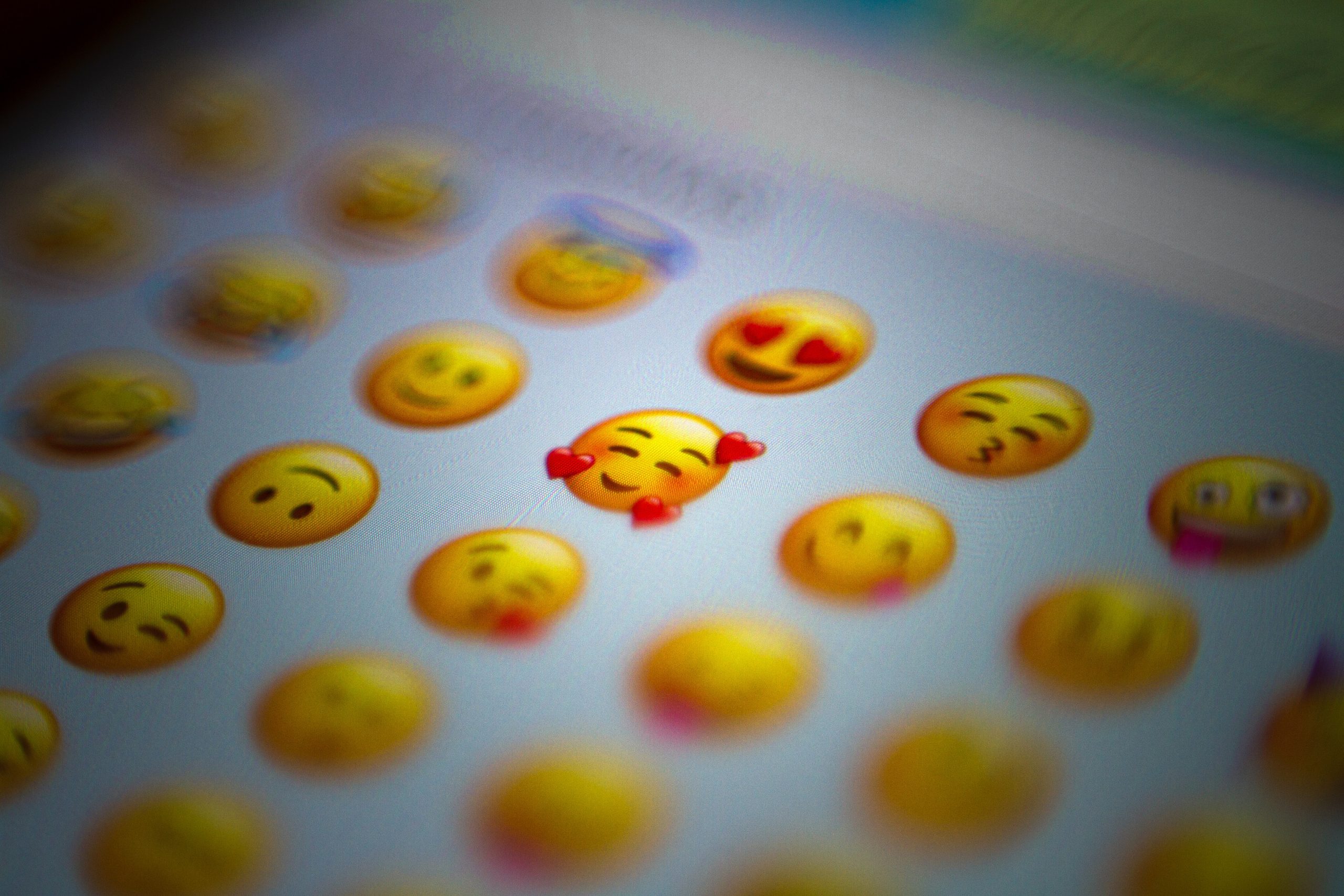 My process of working through emotion with God

How Jesus did Friendship

You can love everyone, but you can’t love them all the same way! Jesus did relationships in a way that gave life to all the people around him without being burned out or exhausted. Organize your friendships like he did and you’ll be able to do the same! 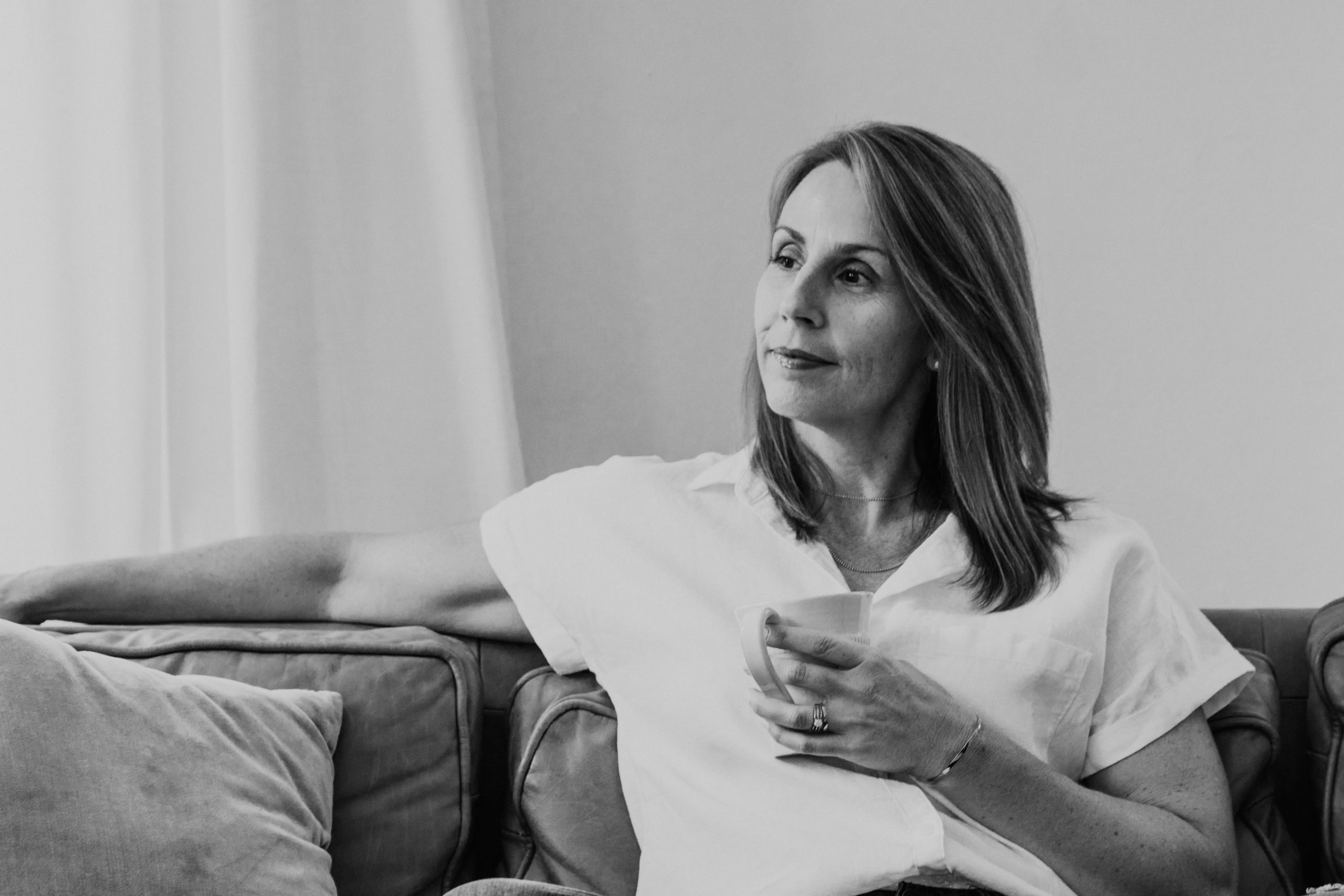 I started 2021 with a 3 week fast. I’m still waiting and struggling through the tension of knowing the Lord is faithful and all. the. waiting. 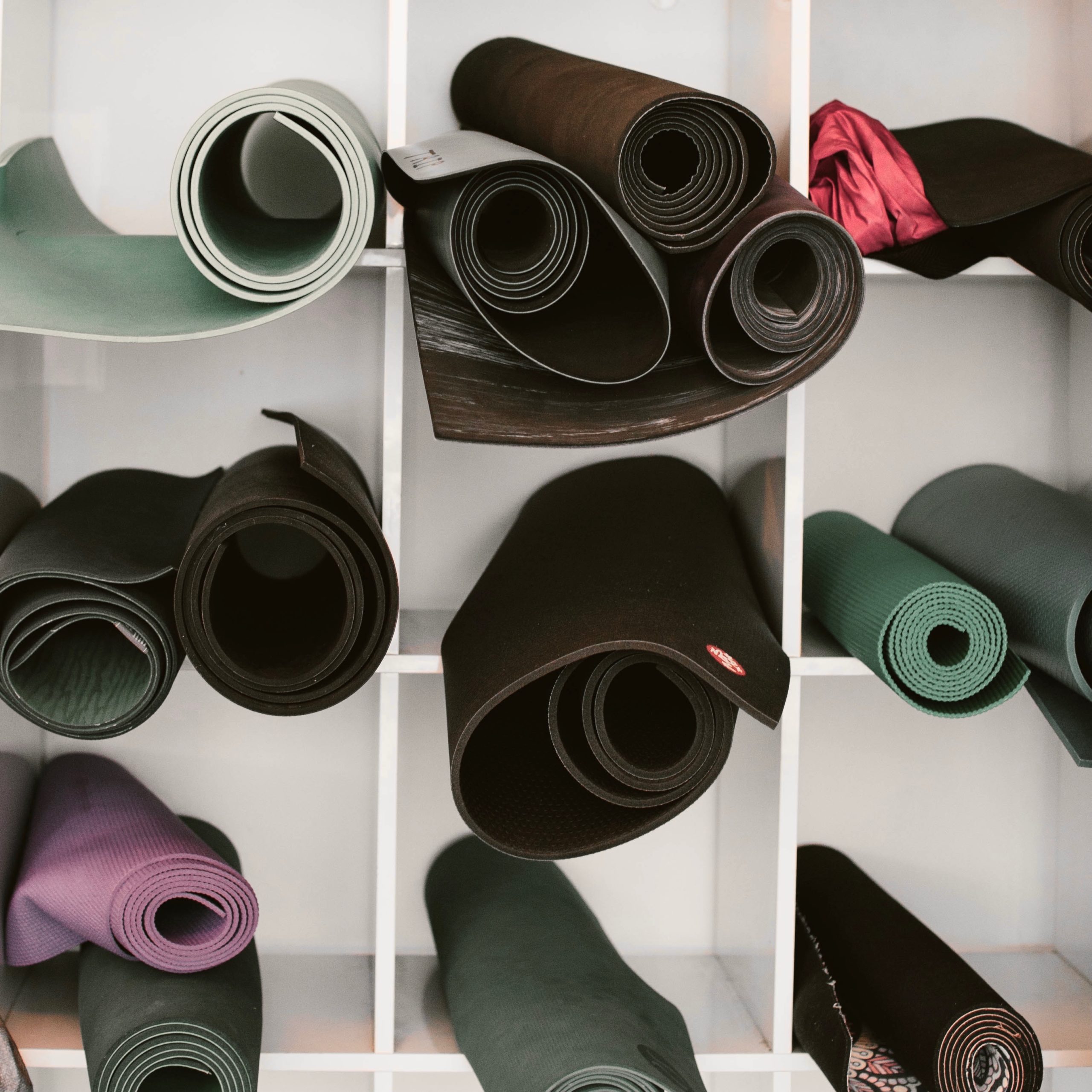 Can I Do Yoga?

Can Christians do yoga if its based on other spiritual ideas and practices? “Religion” will always tell you to make … 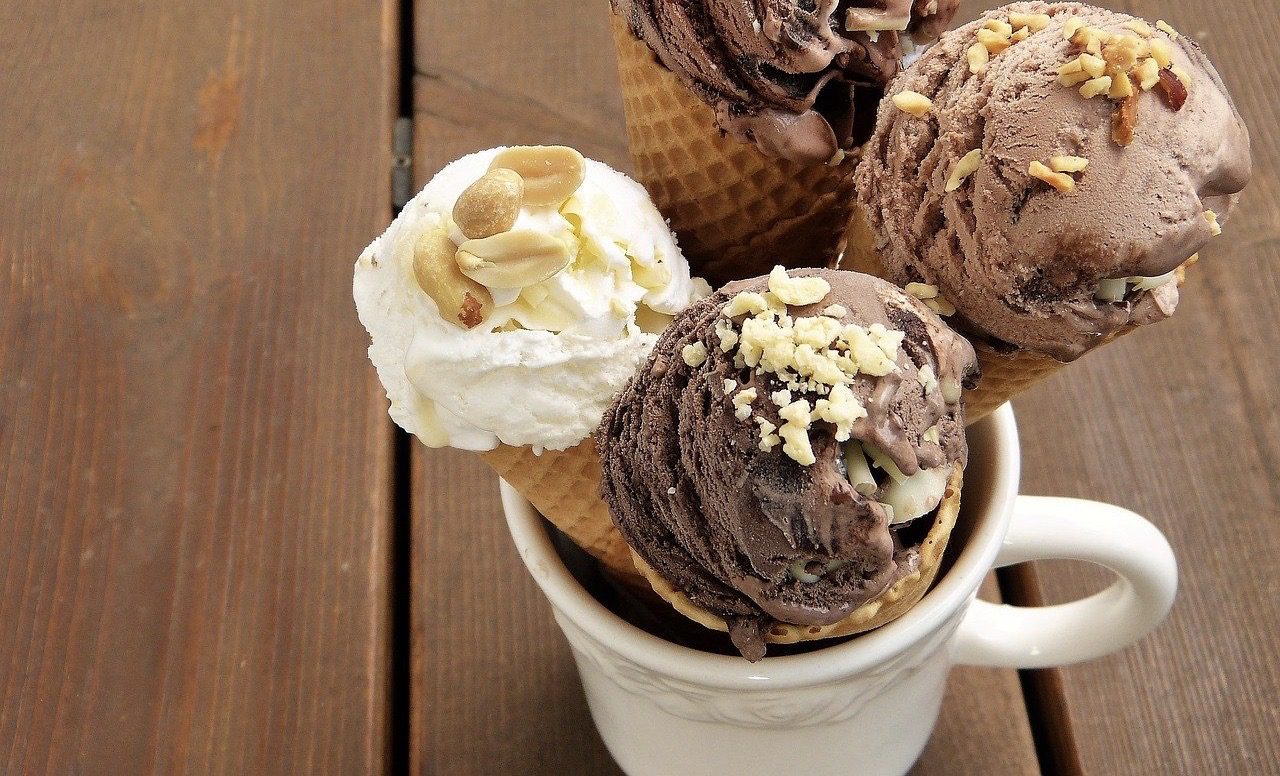 What Makes a Great Party

Some parties are just better than others. This article gives 5 elements you should consider when you have your next … 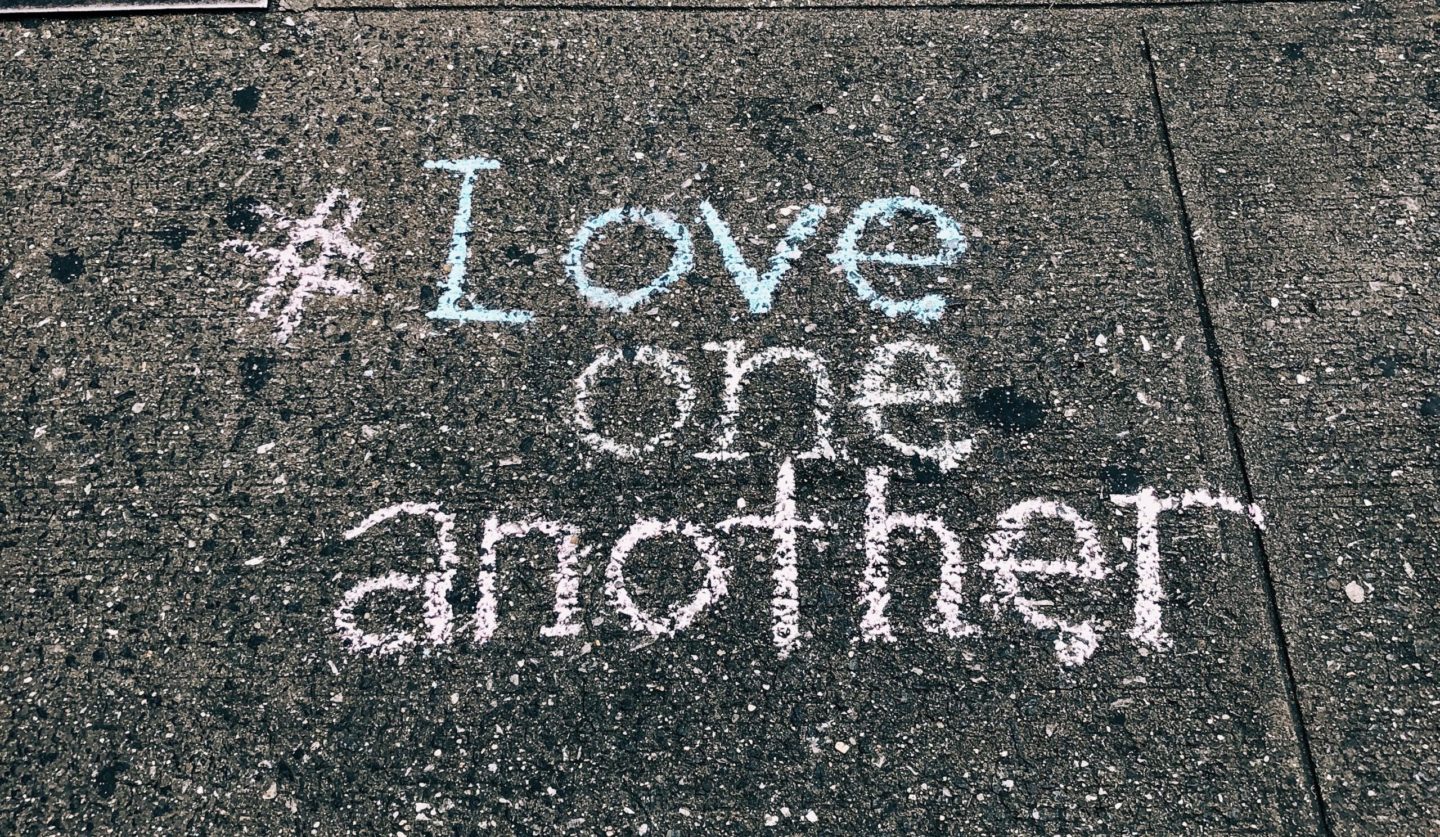 Love: Am I actually doing it? 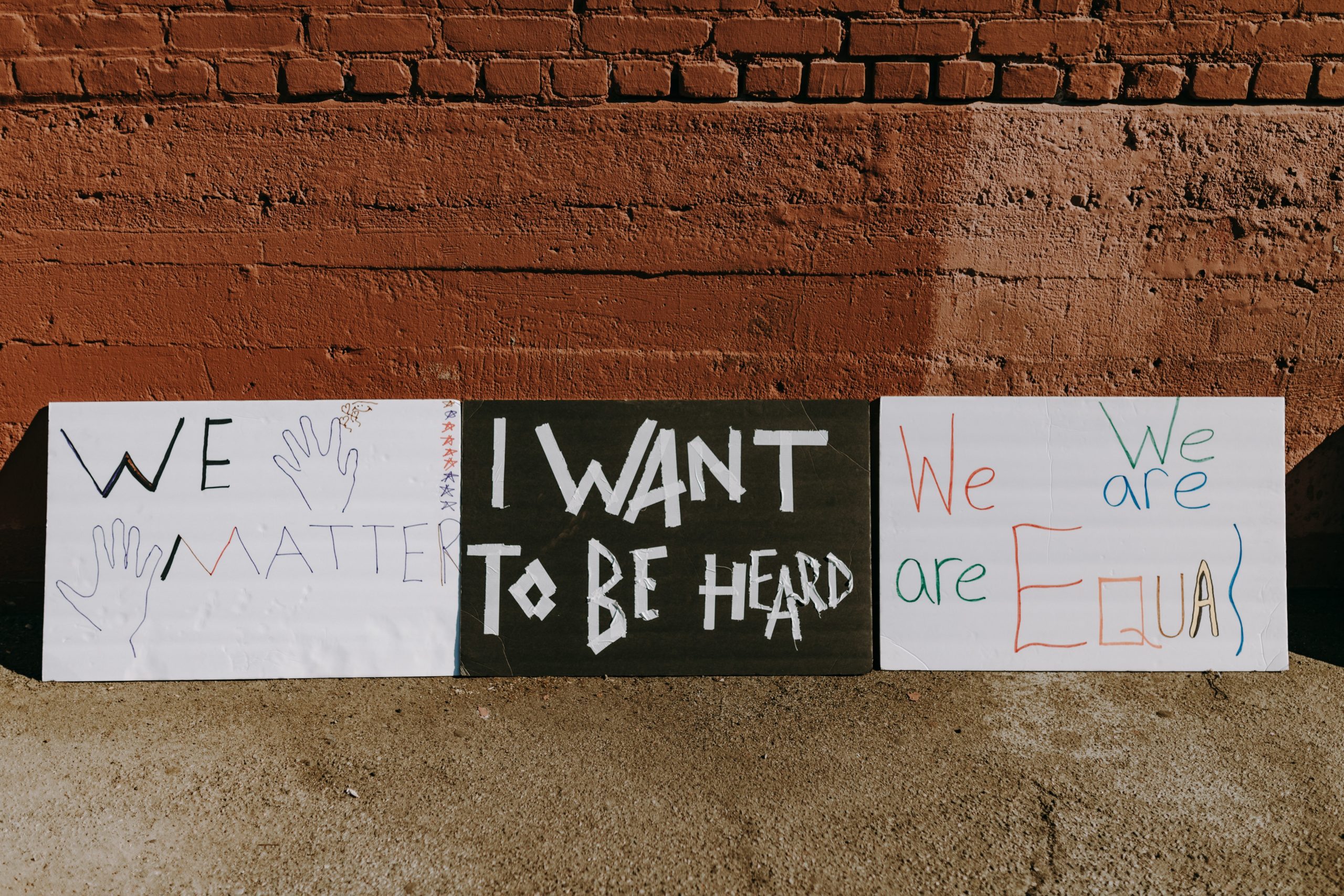 Are we even allowed to talk about race right now? Join Alli and 3 others for a raw conversation about … 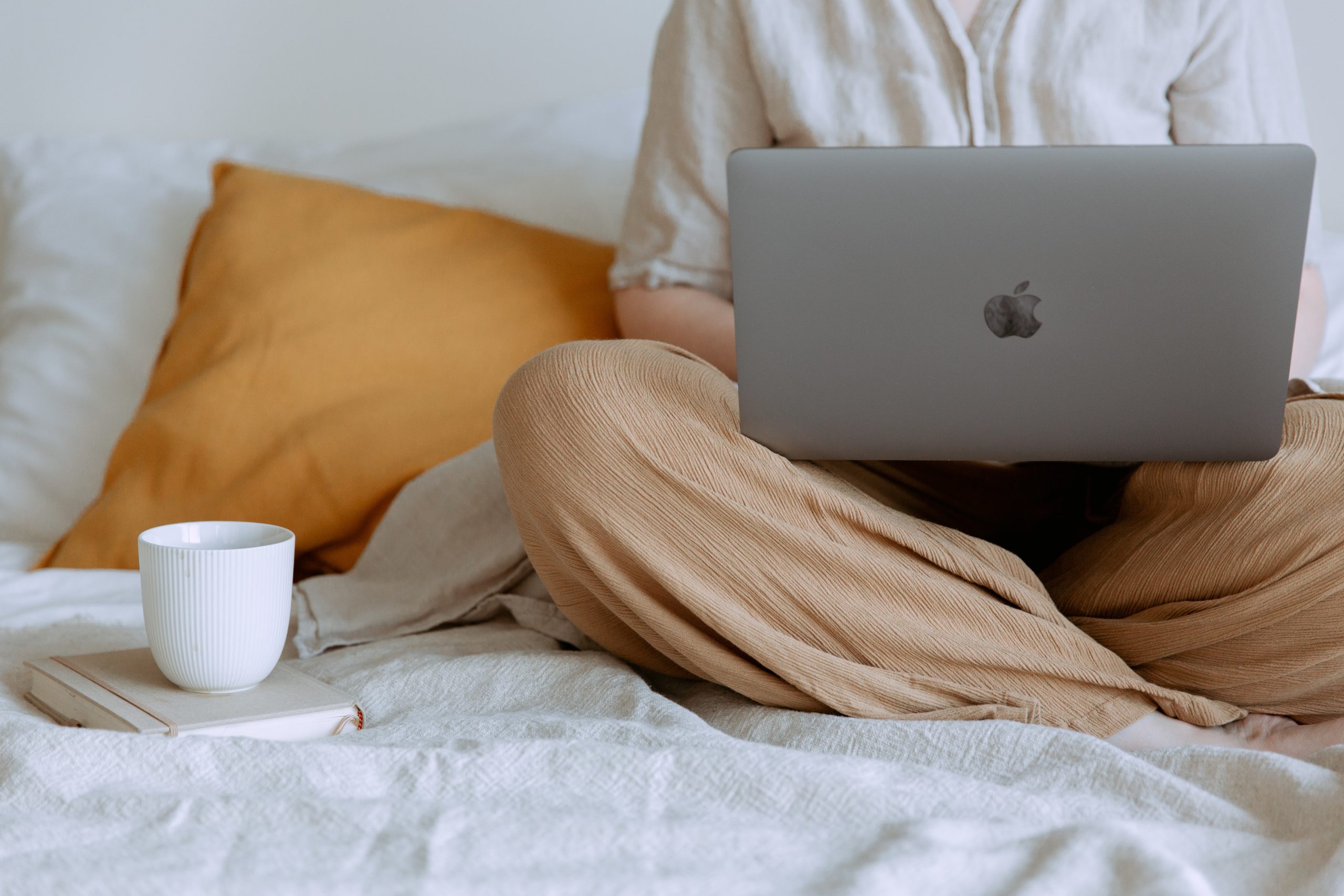 Every woman I know is trying to “balance it all.” Join me on this podcast to talk to a working … 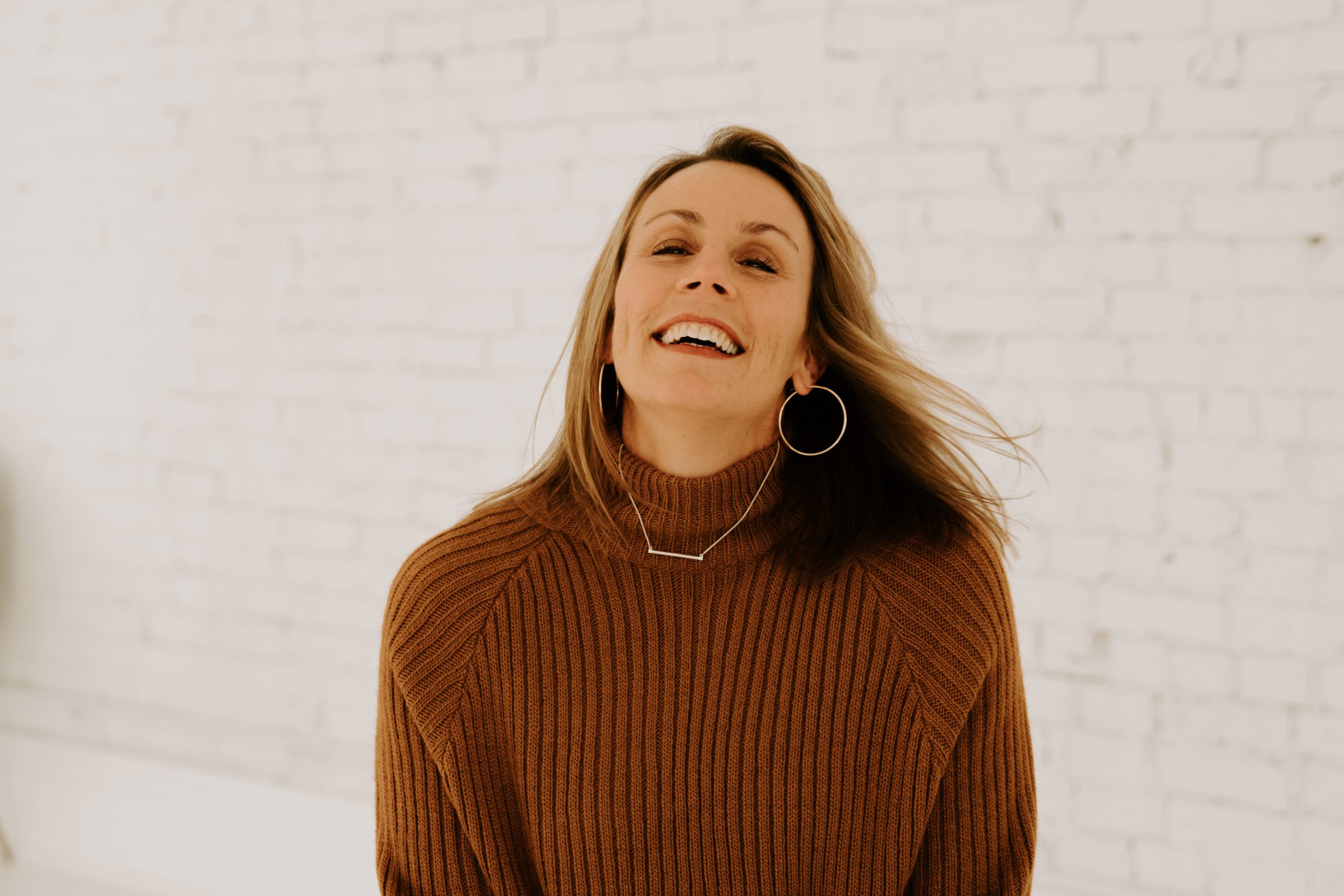 This podcast is filled with practical tips on how to encourage rest in your live, especially if you have a … 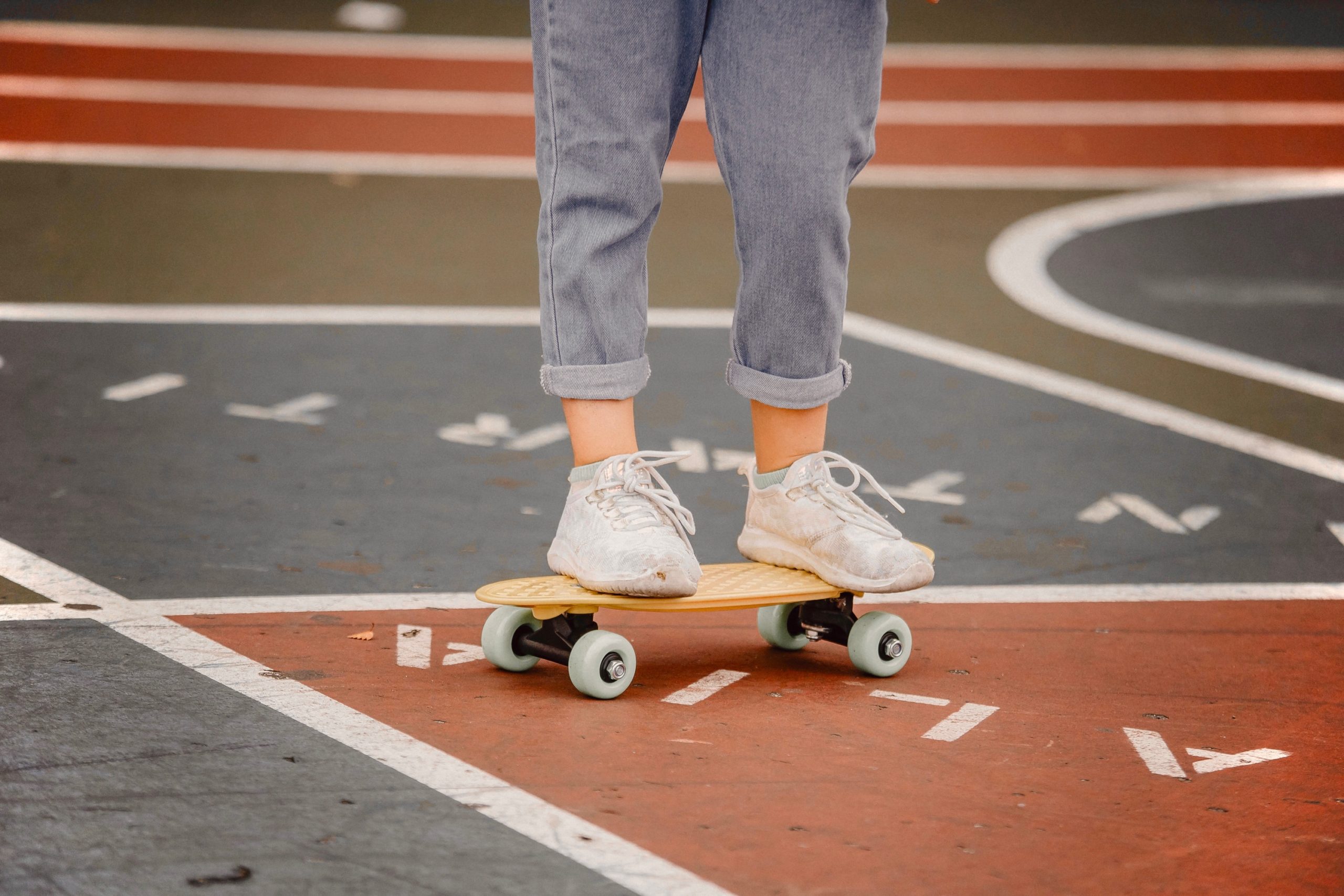 Sometimes we work so hard that as “grown-ups” we set aside the very important element of play in our lives. … 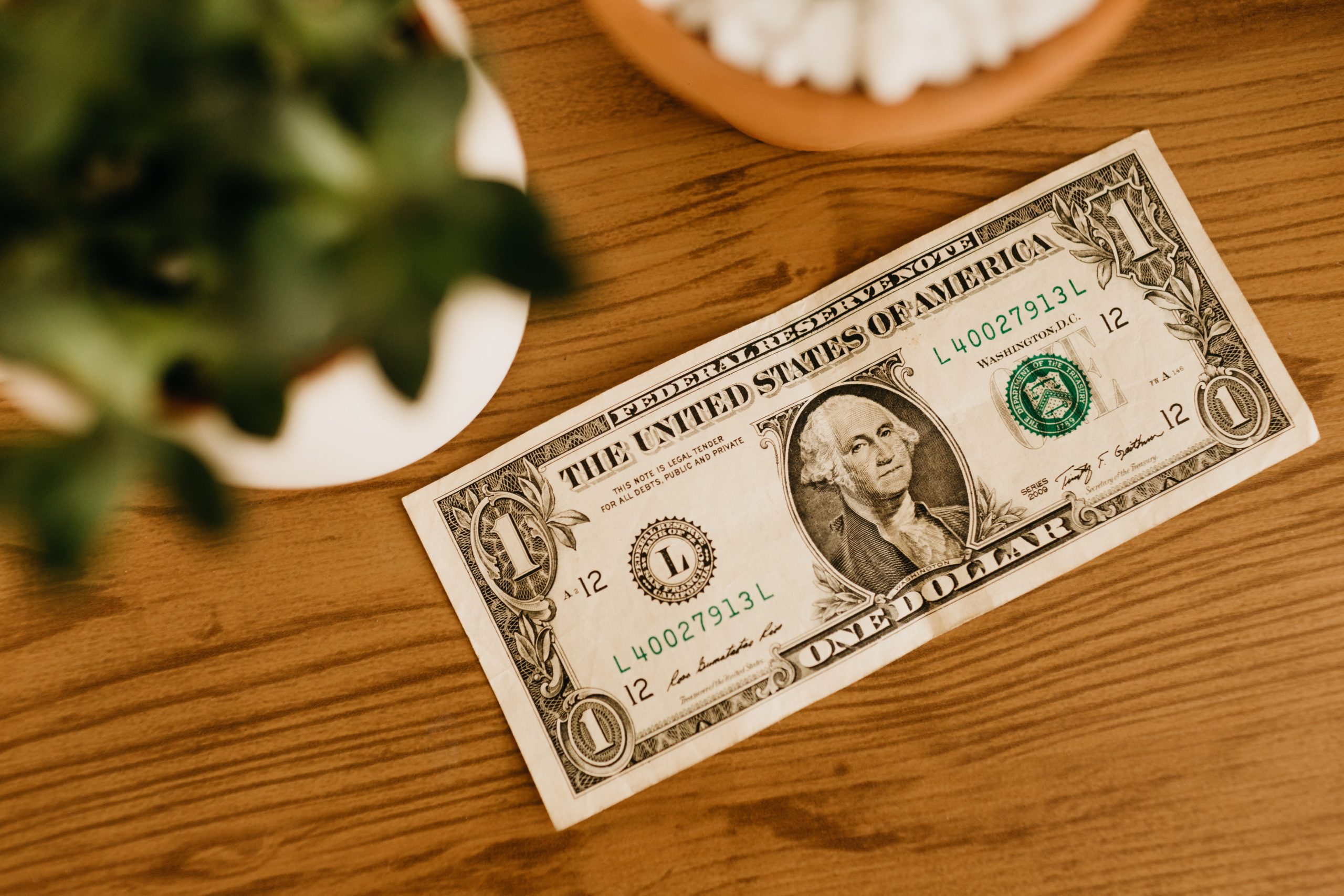 A Few Bucks to Better Friendships

We can use our resources to invest in better friendships. This is a short article on how I learned that … 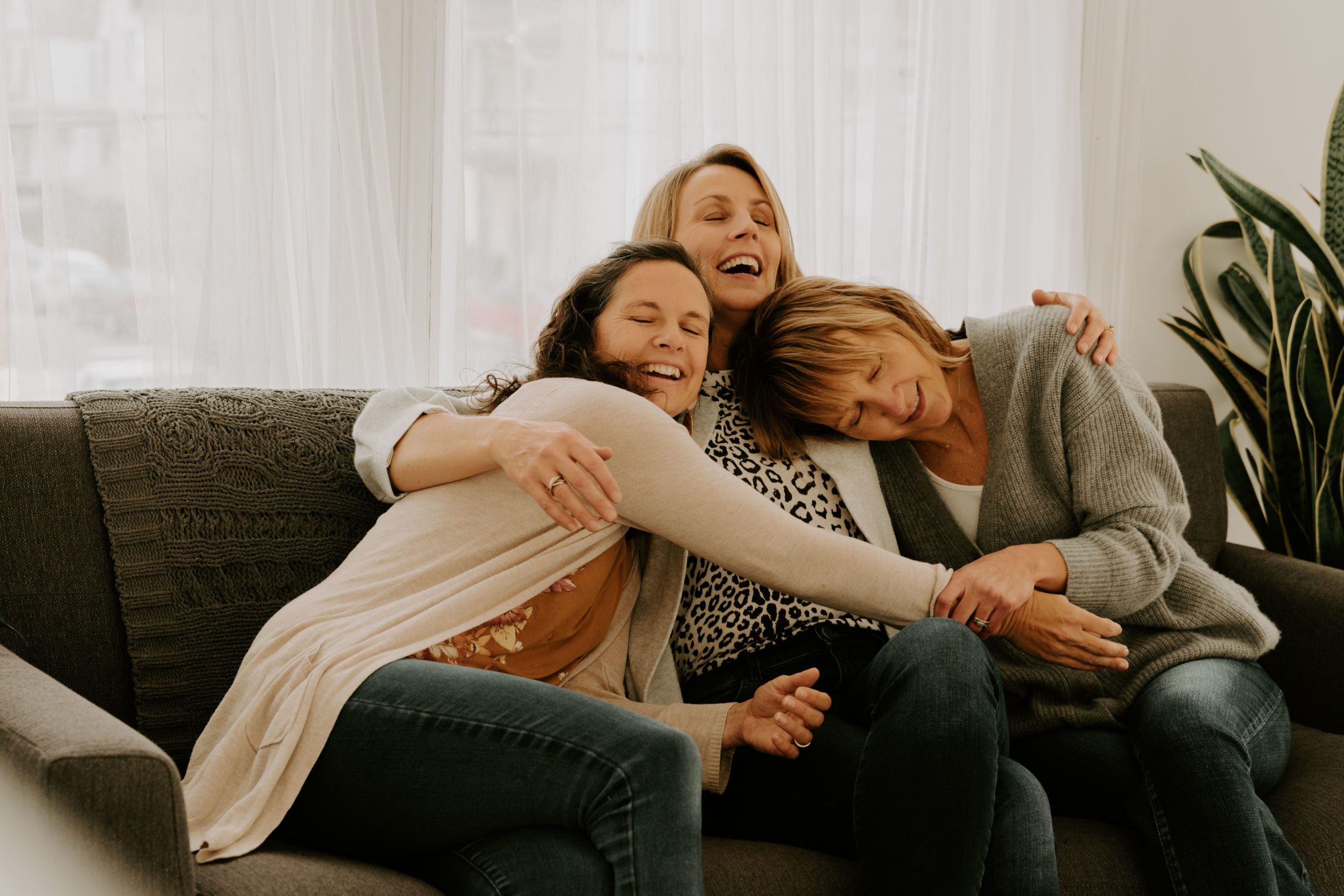 The Key to a Closer Relationship with Anyone

How can we grow our relationships best? Vulnerability. But being vulnerable isn’t easy. Listen to Alli speak to a psychologist … 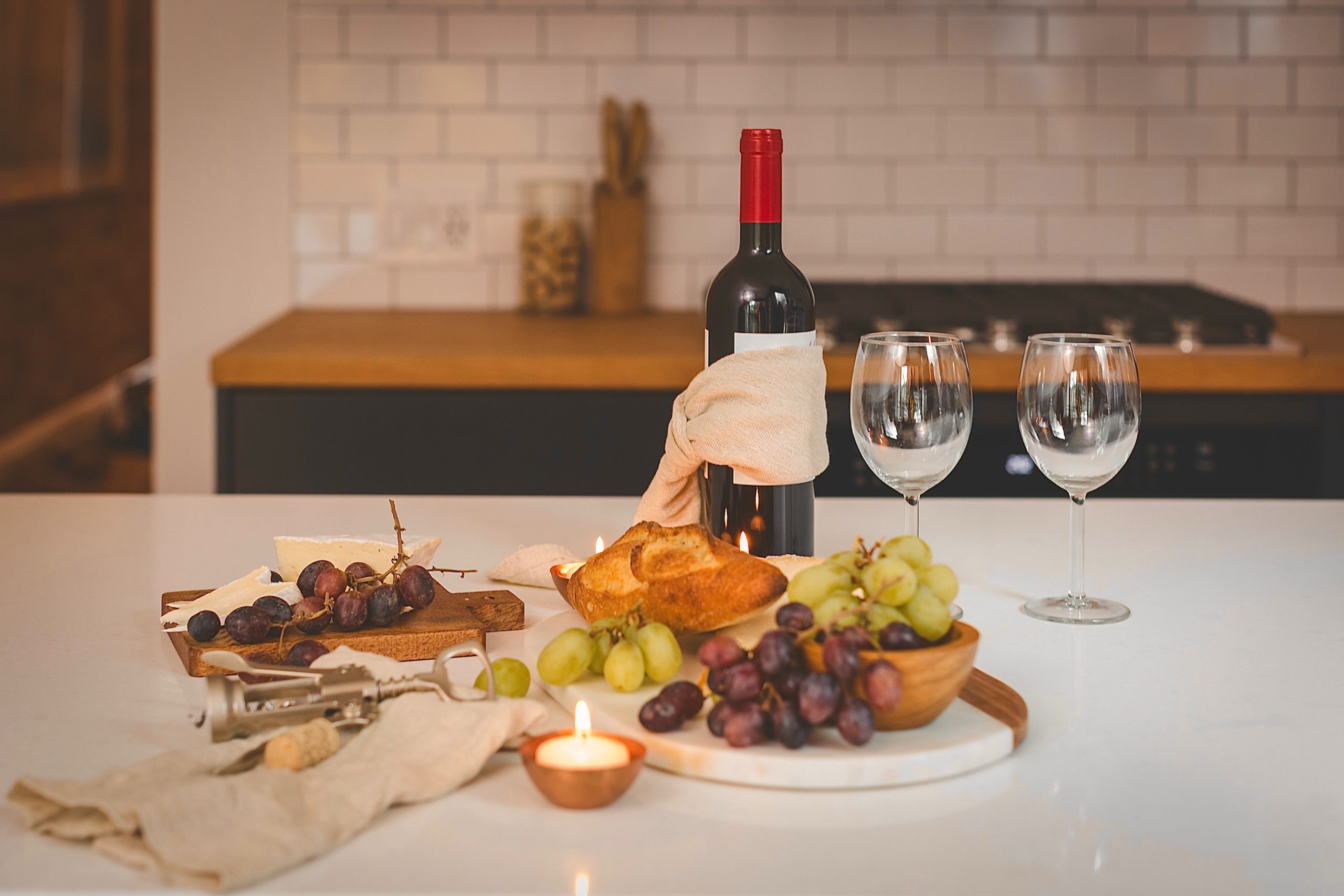 How to be a Great Date

How in the world are you supposed to date right now? Pandemic or not, dating isn’t easy. Join Alli with … 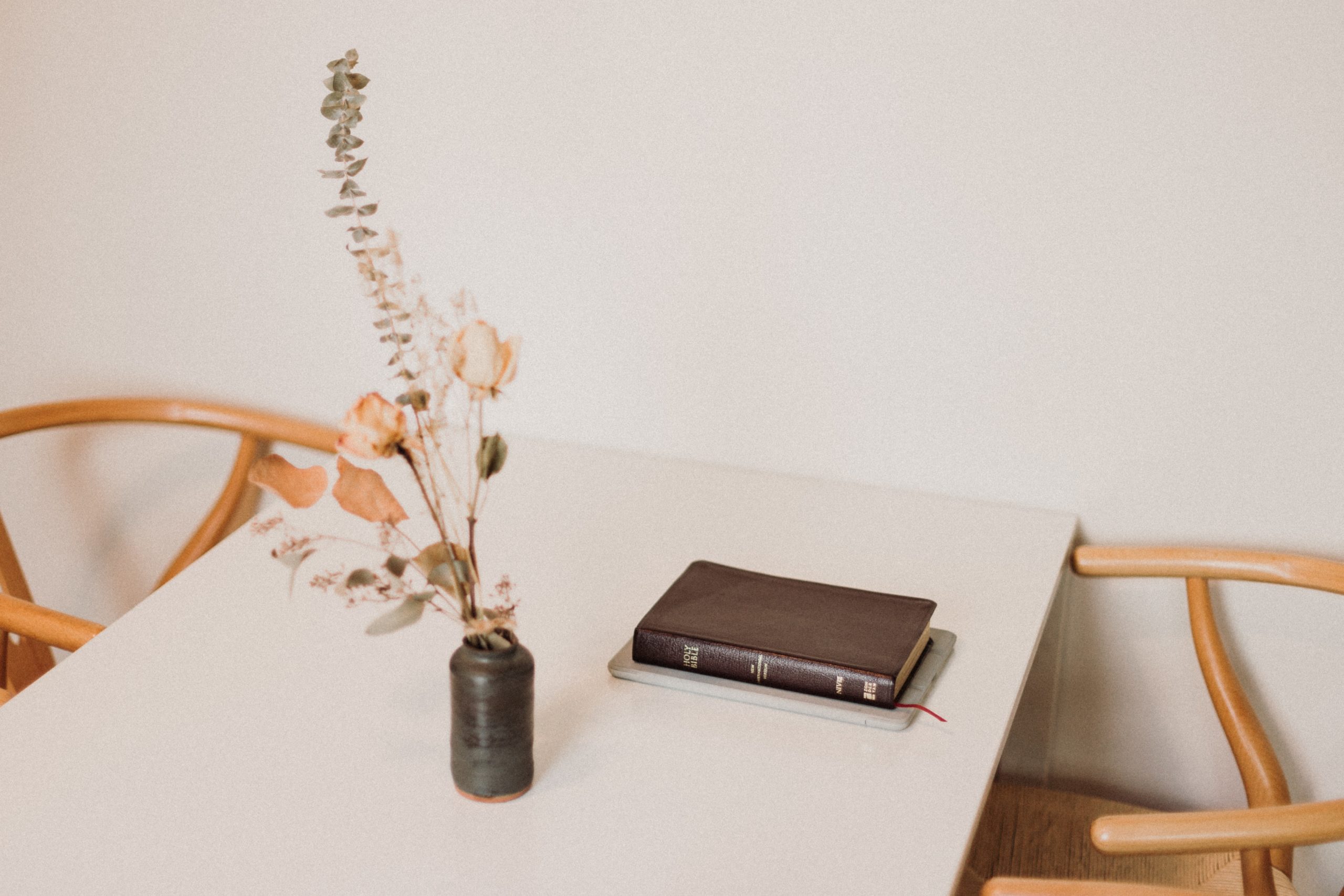 Did I Hear God?

Sometimes Christians talk like they “hear” God. What does that mean? And how do you know if it was Him? Listen up as we discuss! 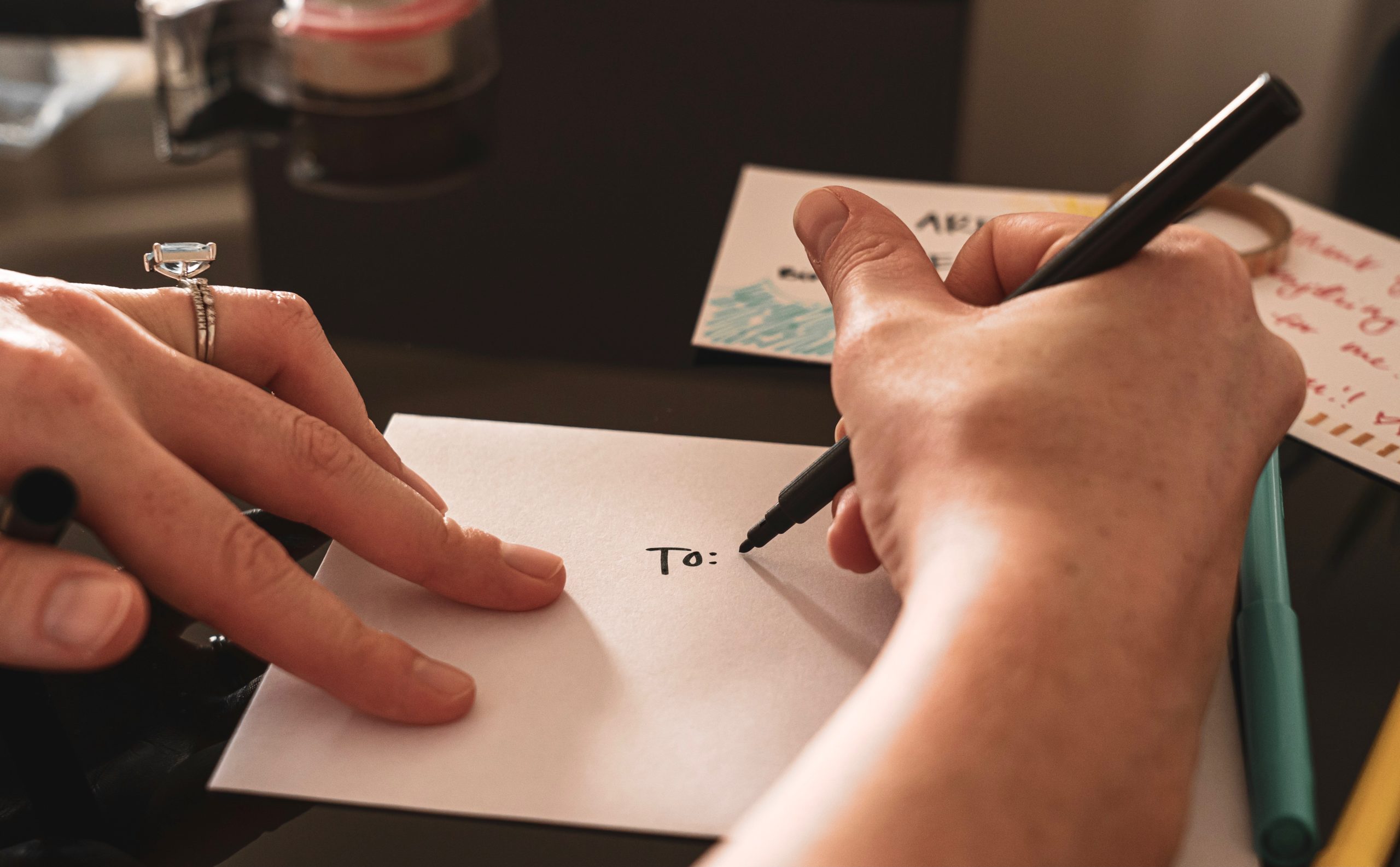 Does God Have a Name?

We take care to name our kids (and even our pets!) so their names say something about who they are. … 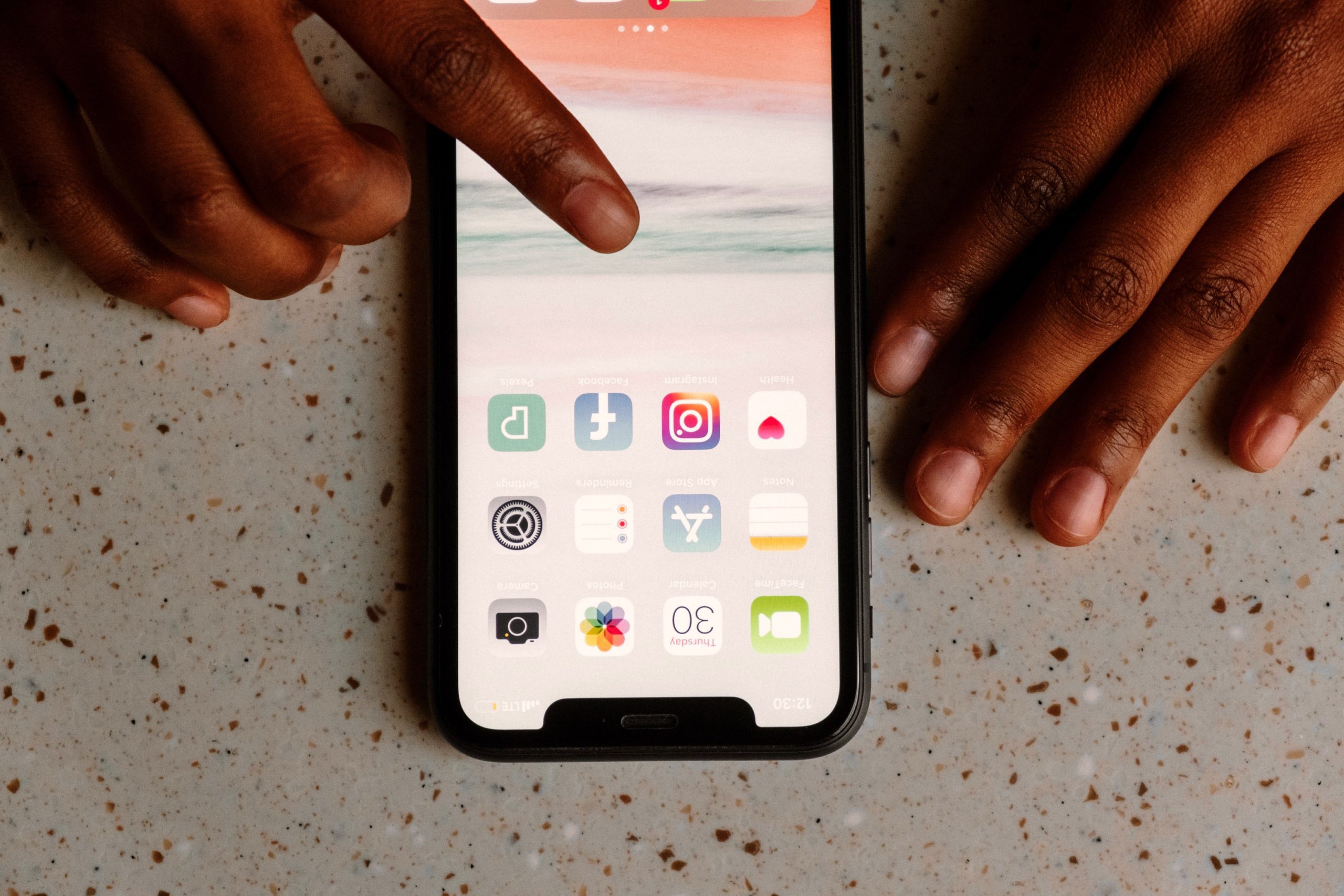 Would Jesus use social media? If he did, would he post on Instagram? The Bible has wisdom for us even … 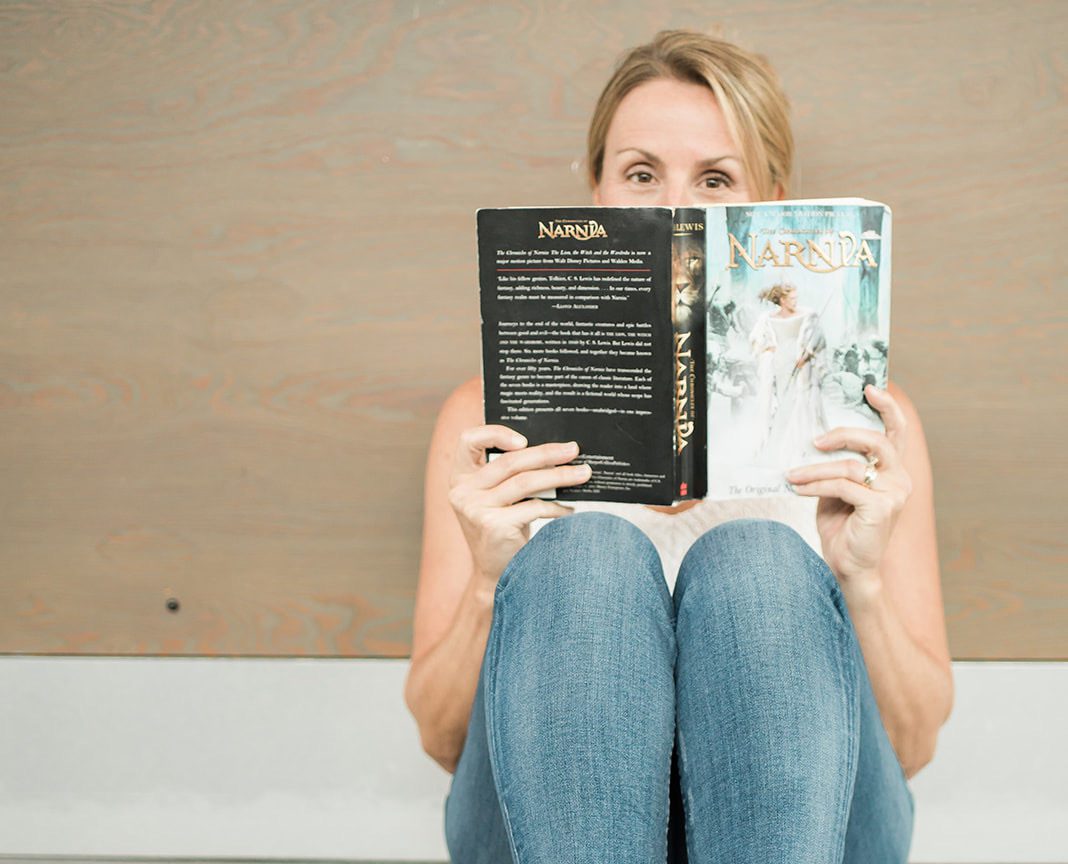 Sometimes it’s easier to hide behind a book – especially if its the Bible where there is plenty to learn. … 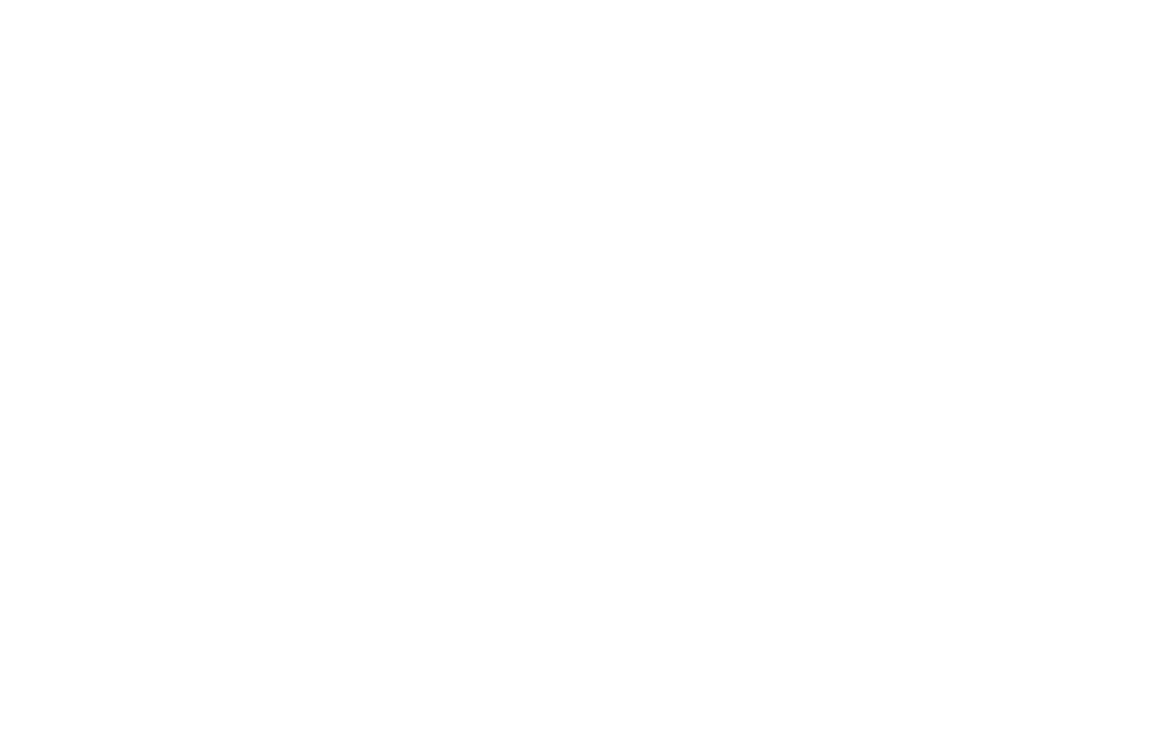